This post can be downloaded as a PDF here.

Mindfulness has become something of a boom industry over the last few decades thanks largely to the work of Kabat-Zinn (1990) who developed a Mindfulness-Based Stress Reduction (MBSR) programme in his work at the Massachusetts Medical School in 1979.  This late modern Western discovery and exploitation of Eastern spiritual perspectives rooted in Buddhist practice (Hyland 2022) served to bring about a ‘mindfulness revolution’  which – according to the critical commentators Purser and Loy (2013) –  ‘appears to offer a universal panacea for resolving almost every area of daily concern… Almost daily, the media cite scientific studies that report the numerous health benefits of mindfulness meditation and how such a simple practice can effect neurological changes in the brain (1).

Although this manic phase of mindfulness exploitation now seems to have peaked, the movement and related practices still have considerable influence in education at all levels.  The Mindfulness in Schools Project (Misp 2022) started over a decade ago has now reached some 350,000 English primary and secondary pupils, and mindfulness programmes at college and university level and in workplace training continue to be developed apace (Purser, Forbes and Burke 2016).

Although there is now a wealth of critical commentary on these developments – in popular culture as well as within philosophy of education (Ergas and Todd 2016) – I want to offer a critique of mindfulness applications in education in terms of their cavalier treatment of neuroscience.  In particular, I suggest that they fail to do justice to the complexity of the mind/brain interface in terms of learning experiences and, more importantly, that they seriously neglect the important work on the divided brain developed over the last few decades by, in particular, Iain McGilchrist (2012, 2021).

As alluded to in the critical comments above by Purser and Loy, mindfulness proponents make much of the impact on the brain of certain practices such as breath meditation and present-moment attention. Psychologists and psychotherapists have been prominent in linking mindfulness meditation and brain research, and typical claims in this sphere point to neuroplasticity and ways in which brain structures may be reshaped to enhance mind/body wellbeing.  Hanson (2009), for example, argues that ‘since your brain learns mainly from what you attend to, mindfulness is the doorway to taking in good experiences and making them part of yourself’,  a claim supported by the assertion that ‘the mind is what the brain does’ (11,13),  In a similar vein, Siegel (2007) in his analysis of the ‘brain aspect of our mindful experience’ is concerned to explain how the ‘mind is using the brain to create itself’ (31-2).  Moreover, it is suggested  that mindfulness practice produces a ‘left anterior shift in function’ which is ‘correlated with the degree of positive immune function’ leading to the capacity to ‘improve our medical health’ (33).  The research appears to indicate a ‘shift in the baseline of long-term meditators towards left anterior activation’ (221).

Unpacking all such claims it is worth noting that any activity – including playing the piano or reading poetry – can potentially change the brain in desirable ways which might enhance wellbeing.  More significantly, the state of consciousness studies would not currently support the contention that the mind is simply what the brain does since a number of credible theories – informed by the ‘relational’ observer-dependent findings of quantum theory (Rovelli 2021) – cast doubt on the notion of the brain as the sole generator of phenomenal consciousness (Chalmers 2022).  Moreover, McGilchrist’s lifelong work on the divided brain suggests that – not only is left brain activity (of the sort said to be fostered by mindfulness)  ‘unreliable in just every way that matters’ – but that ‘it is more vulnerable to falsehood, more likely to deceive us than the right’ (2021, 554).  The claims in the mindfulness literature about the right hemisphere (RH) being the seat of negative emotions which need to be mediated by the use of left hemisphere (LH) attention (Siegel 2007) can seem simplistically misleading in the light of McGilchrist’s work.  In summary this indicates that the:

LH is principally concerned with manipulation of the world; the RH with understanding the world as a whole and how to relate to it…The LH  aims to narrow things down, while the RH opens them up into possibility…The RH is essential for ‘theory of mind’…and empathy…The LH is unreasonably optimistic, and it lacks insight into its limitations. (McGilchrist 2021, 46-51)

Mindfulness ideally lends itself to an opening up of the neglected affective domain of learning (Hyland 2011), yet there appears to be an inordinate emphasis on the cognitive in, for example, Hanson’s recommendation of ‘applied and sustained attention’ so as to ‘draw on the language centres of your brain through counting or noting the breath’ (2009, 194).

Compassion, intuition and imagination are all associated with right-brain activity thus – given their crucial role in an educational system dominated by left-brain objectives – the mindfulness practice of left brain shifting might need some qualification.  The characteristic  functions of the right brain in terms of fostering empathy, creative openness and gestalt understanding are precisely what are required of a holistic perspective which is at the heart of the spiritual traditions which provide the foundations of mindfulness practice.

McGilchrist, I. (2012). The Divided Brain and the Search for Meaning.  Yale University Press

McGilchrist, I. (2021). The Matter With Things: Our Brains, Our Delusions and the Unmaking of the World.  London: Perspective Press (Kindle edn.) 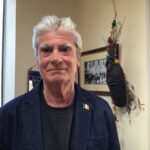 Terry Hyland is Emeritus Professor of Education at the University of Bolton and Director/Trustee and Lecturer in Philosophy at the Free University of Ireland in Dublin where he now lives. He has published widely on a diverse range of philosophy of education topics, with principal interests in vocational, affective and moral education.