Nia DaCosta’s Candyman reboot-cum-sequel has gained attention for its political didacticism, and this seems to be why several critics have been lukewarm about the film. Candyman is a Black Lives Matter film; it is a protest film; it is a horror; it is a satire. It riffs constantly on Say Their Names; it is about historical trauma caused by state-sanctioned anti-Black racism. No one’s saying the new Candyman is bad. But it gets those three-stars-a-good-film-but…1  reviews, most of which mention Candyman’s cinematic beauty, fine performances, and “clunky” though right-on political messaging.

The original Candyman, released in 1992, was adapted by English director Bernard Rose from a Liverpool-set Clive Barker story, “The Forbidden,” and was transplanted to Chicago and the Cabrini-Green housing estate. Where Barker’s story critiques the British class system, Rose’s film attempts to tackle the intersection of race and class inequality in America; and though the film is often photographically brilliant, its moral-political line is never entirely clear nor straight. This is – in a structural, perspectival sense – a very white film, an outsider-looking-in film; and though that means Rose (probably) avoids the misstep of speaking for lives he’ll never live, experiences he’ll never know, it also results in a film that’s never quite sure what it wants to say, that never quite addresses the social issues it signposts from the beginning, and that keeps marginalized the very voices whose marginality is the film’s apparent concern. Rose’s ending – in which the Black Candyman is replaced by a white Candywoman who returns from the other side to kill her philandering husband – is satisfying in its grim comedy, but it abandons its interest in racial inequality for a shallow melodrama about the consequences of infidelity.

The moral-political line of DaCosta’s Candyman is bolder and straighter – not clunk, but rather a refusal to cheaply metaphorize white supremacy; structural racism; police violence against African Americans; inherited (group and individual) trauma; the whitewashing of history, not only through wilful ignorance and narrative silence, but also the literal re-making and -writing of the urban landscape: demolition of Cabrini-Green began just three years after Rose’s Candyman, and continued until 2011; that history is part of DaCosta’s film, which features the last remaining Cabrini-Green rowhouses.

The scenes critics have in mind when they comment on the new Candyman’s political clunkiness aren’t maladroit educational lumps for the audience; they’re acts of storytelling, narrative exchanges between the characters. DaCosta’s film is a web of intersecting and repeating stories – most obviously and beautifully the scenes of shadow puppetry which punctuate the film and retell, as if for the first time every time, the Candyman legend. In the spirit of Toni Morrison (whose revisionist historical work also pulls no punches), the film’s narrative repetitiveness dramatizes the importance of passing stories on rather than passing them by.

Like Morrison, DaCosta is concerned with the materiality of spirit and of time. And like Beloved, Candyman is full of flesh-and-blood ghosts, bodies bearing the scars of history. In both novel and film, history isn’t a product of linear time, something we get further from (“as time goes on”), but something at once more geological (stratified and situated) and traumatic (something that possesses): the film’s protagonist is seen, at various points, picking and peeling back layers of his own decaying flesh, the necrosis spreading as he’s consumed by Candyman’s multiple untold pasts. DaCosta’s Candyman, again like Morrison’s Beloved, is concerned with the ways in which pasts unreckoned degrade the individual and collective spirit – spirit that is always matter, always flesh.2

The film’s running concern with art is sometimes read as a metacommentary on the filmmakers’ art, sometimes on the relationship between DaCosta and Jordan Peele (the film’s producer and the writer-director of Get Out and Us). Perhaps. But Candyman, set in large part in art galleries and studios, also deftly stages the tensions between art as (supposedly) personal expression, as political propaganda in the spirit of W.E.B. Dubois (who famously declared, “all Art is propaganda and ever must be, despite the wailing of the purists. […] I do not care a damn for any art that is not used for propaganda”), and art as another means by which Black labour, Black bodies, may be exploited. Candyman reminds us, as do thinkers like DuBois, Cornel West, bell hooks, Toni Morrison, James Baldwin, that ethics and aesthetics cannot be prised apart: the one always entails the other.

According to legend, the Candyman is conjured by looking into a mirror and saying his name five times. In DaCosta’s mise-en-scène, all is mirrors, windows, glass towerblocks, picture frames; this is a story concerned with mediation, framing, telling; with looking and seeing. Candyman would be much diminished were its point audiences working out “the real meaning” of some thin political metaphor. (And anyhow, that’s not how metaphors work: they aren’t “real meanings” in disguise or hiding in bushes.) We’re not being offered metaphor here, but a horrific hyperliterality. Candyman tells you exactly what it’s about in scene one, and demands that you watch. Tells you exactly what it’s about, and dares you to look away.

1 See, for example, reviews by Campbell, Robey, Hans. Henderson, Bradshaw, and Kermode (a horror aficionado) are more positive. Empire do regularly remind readers and listeners (of their podcast) that three stars is a recommendation.


2 Here is Morrison on history, speaking through Sethe, the protagonist of Beloved (35-36): “I was talking about time. […] Some things go. Pass on. Some things just stay. I used to think it was my rememory. […] But it’s not. Places, places are still there. If a house burns down, it’s gone, but the place – the picture of it – stays, and not just in my rememory, but out there, in the world. […] [I]f you go there – you who never was there – if you go there and stand in the place where it was, it will happen again; it will be there for you, waiting for you.”

*With thanks to Tim Jarvis for editorial help and comments on an early draft. 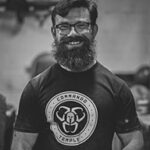 Oli Belas is Senior Lecturer at the University of Bedfordshire, where he teaches Education and English Literature. He is a member of the PESGB’s Committee on Race and Ethnicity.